Menu
Home » entertainment » EXCLUSIVE: Check Out Wedding Pictures Of Actress Mercy Johnson, Our Reason For Sharing These Photos With You, Will Surprise You {Find Out}

EXCLUSIVE: Check Out Wedding Pictures Of Actress Mercy Johnson, Our Reason For Sharing These Photos With You, Will Surprise You {Find Out} 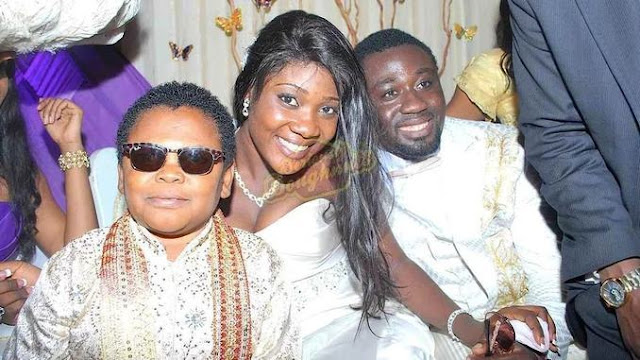 Mercy Johnson’s wedding pictures amazed everybody and made us a little jealous.
Let’s all go down memory lane and take a look at how magnificent it was.
But first, Who is Mercy Johnson?
We doubt there is anyone who does not know the answer. Mercy Johnson is a famous Nigerian actress whose talent won the affection of numerous fans. She was born in Lagos in 1984 in a multi-children family.
Her acting career began abruptly when she failed university entrance exams. This situation decided all her future life and activity.
So, it is true when they say failures are heartbreaking but they are for the best. In 2003, Mercy debuted her acting career in the film ‘Maid’ where she performed the role of a house help.
The role was quite inspiring and memorable. Since then she has acted in more than 170 movies and TV series because the offers just continued to pour in.
In 2009, Mercy Johnson was nominated for the ‘African Film Award’ in the category ‘Best Actress In A Supporting Role’.
Notably, in 2013, she received the ‘Africa Magic Viewers Choice Awards’ for her role in the comedy ‘Dumebi Dirty Girl’.
Nowadays Mercy is one of the most loved, cherished, and sought-after actresses in Nollywood.
Mercy Johnson’s wedding The actress got married on August 27, 2011. Her beloved husband’s name is Prince Odianosen Okojie.
Going forward, we can say that now they are happy parents of three beautiful children: two daughters and a son.

But let’s return to that great event in the life of Mercy and her beloved Prince. The wedding day! Looking through Bella Naija wedding pictures, we can recollect the day and how beautiful it was.
Well, everything was just perfect. Each nuance was considered. The bride, Mercy Johnson, wore a fabulous wedding gown!
It was exquisite and elegant. It was a chic snow white gown with beadwork trimmings and a refined décolleté that accentuated Mercy’s beauty so well!
A long train slid gracefully behind her and a delicate veil streamed down her face, woven from the thinnest threads you can imagine. The groom, Prince Odianosen Okojie, was in white with romantic golden patterns on his suit.

Posted by Team Chyson
Labels: entertainment
Email ThisBlogThis!Share to TwitterShare to Facebook
at 09:49