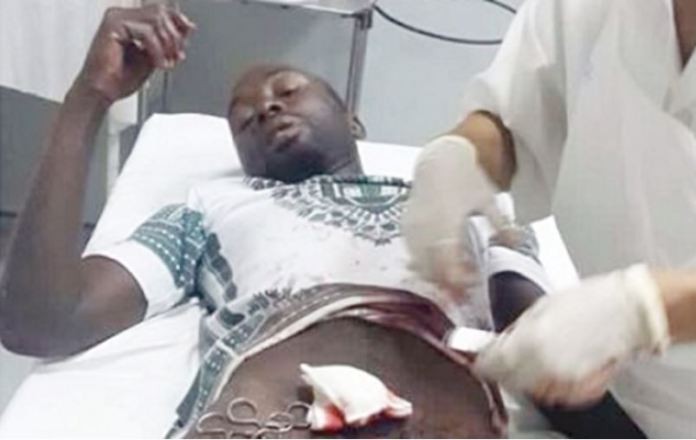 Operatives of the Nigeria Security and Civil Defence, NSCDC has arrested a 17-year-old girl, Ramatu Tafida, who cut off her 25-year-old boyfriend’s penis in Babura Local Government Area of Jigawa State.
AC Adamu Shehu, the corps Spokesman in the state, who confirmed the incident to newsmen in Dutse on Saturday, identified the victim as Abdullahi Sabo, a resident of Kofar Gabas and a teacher at Government Girls Secondary School Babura engaged under N-Power.
“The incident occurred on Thursday in Babura when the attention of our officers was drawn by a good Samaritan who informed them that some youths were about to lynch a girl in Kofar Arewa, the residence of the suspect, to revenge for their friend,” said Shehu.
“Immediately the officers swung into action and went to the scene and whisked the girl away to the office for safety, but they still followed her.
“It was upon reaching the office that we realised what led to the whole matter.

“Ramlatu confessed to having used a knife to cut off the manhood of her husband-to-be. According to her, Abdullahi is the love of her life and he was even introduced to her family members and has equally given the sum of N30,000 as an introduction fee.
“And because of that, she was free to be with him almost all the time. As a result, they became too intimate that they engaged in a sexual affair. However, Miss Ramlatu later learnt that the victim has planned to dump her for another girl since he has already known her as a woman. And that was what made her to plan and execute her attack,” he said.
Sheu said that the suspect further confessed that it was while they were together and about to start their usual affair that she confronted the victim with the issue and he responded in the affirmative.
“And already, she had a knife with her without his knowledge which she brought out and chopped off his manhood. After committing the offence, she ran to her parent’s house to inform her mother. And it was while she was there that the youths stormed the house.
The spokesman said that after knowing the situation, the officers rushed to the scene and took the victim to Babura General Hospital for medical attention.
The victim was later referred to Aminu Kano Teaching Hospital in Kano.
Mr Shehu said that the suspect had already been charged to court and remanded in prison until September 6 for further hearing.

Posted by Team Chyson
Labels: news
Email ThisBlogThis!Share to TwitterShare to Facebook
at 07:36