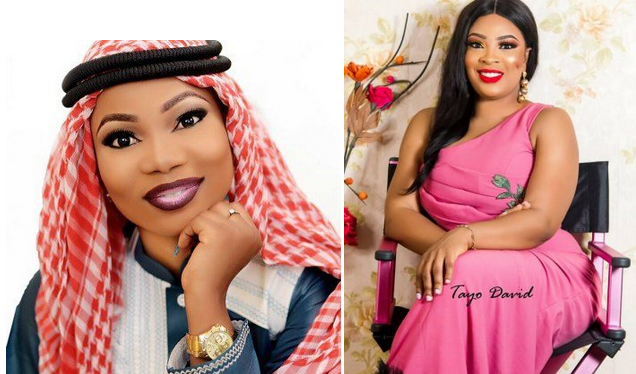 Nollywood actress Seyi Edun has called out her colleague Bidemi Kosoko for monitoring her life via the social media.

The actress who is married to the ex-husband of Toyin Abraham, Adeniyi Johnson shared a screenshot of her Instagram story which shows Bidemi Kosoko as one of her viewers.

She lashed at the actress telling her to stay on her lane and stop being a monitoring spirit.

It is worthy to note that Seyi Edun’s relationship with a number of her colleagues has been strained due to Toyin Abraham’s popularity and influence.

Hence, her reaction to Kosoko who is obviously not in her caucus!
Seyi Edun:

“I have always told myself that there is nothing like permanent friends. Your best friend today might be your worst enemy tomorrow. If you don’t respect yourself in this industry, nobody will respect you. But there are so many olofofo in this industry. If somebody is your friend, don’t suspect that person and if you suspect anybody, don’t make the person your friend. 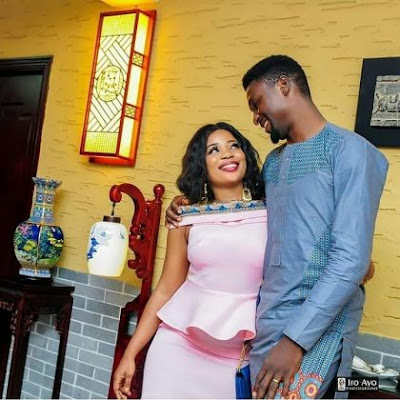 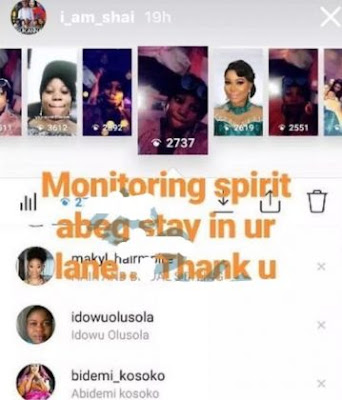 Posted by Team Chyson
Labels: gossip
Email ThisBlogThis!Share to TwitterShare to Facebook
at 12:01