Menu
Home » news » KWAM 1 and Obesere fights dirty as they drag their selves in mud. (details)

KWAM 1 and Obesere fights dirty as they drag their selves in mud. (details) 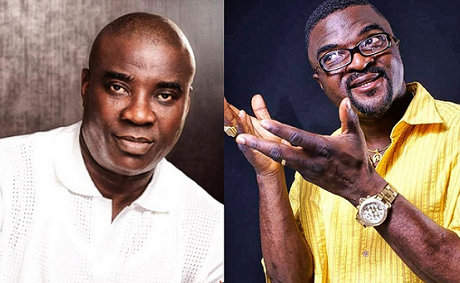 Recall that Fuji star, Obesere called Kwam 1 out for involving himself in politics and insulting the governor of Lagos state in an interview.
The Media aide of Kwam 1, Rasheed has responded to the claims made by Obesere on his boss in an interview he called Obesere an opportunist. Read excerpts below.. Abass Obesere intends to disparage the person of Alhaji Wasiu Ayinde Marshal, a.k.a. K1 De Ultimate, for no just cause. He is an opportunist who waits for K1 to either err or take an action for his voice to be heard.

His voice and face becomes only visible when the issue of K1’s issue arises. What is this, if not envy?"

Posted by Team Chyson
Labels: news
Email ThisBlogThis!Share to TwitterShare to Facebook
at 03:35