Menu
Home » news » Read The Untold Story Of Nigeria’s King Of Money, Victor Okafor, Ezeego 1 Of Ihiala – How He Died, His Kids, Mansions & More (With Photos)

Read The Untold Story Of Nigeria’s King Of Money, Victor Okafor, Ezeego 1 Of Ihiala – How He Died, His Kids, Mansions & More (With Photos)

THE ESCAPE, BUSINESS AND MAKING MONEY
While some of his fellow gangsters were caught and punished, Ezego fled to Umumeni Village where his angry father was said to have driven him out. From there, he went to Umuduru, his mother’s village. However, things were not rosy for him at Umuduru and in 1989, he decided to move to Lagos where he joined a mentor. What happened years after that remain shrouded in mystery but the next time the world would be hearing of Ezego, he was already a multimillionaire, one of the crème de la crème of Lagos. In Lagos, he set up the Ezego Shopping Complex on Allen Avenue (there was also a branch in Abuja) and also the Ezego Plaza on the Murtala Muhammed International Airport Road. From these spots, he operated and controlled one of the biggest electronics store in Nigeria. His other companies were Vic-Winners International Limited, Ezego Nigeria Limited, Ezego Holdings Limited, Vitex Zinc Co. Limited and Ezego Properties Limited.


HIS DEATH
On the 25th of December, 1999, death came knocking on Ezego’s door. But, he was not even aware in the slightest. Ezego’s birthday was on the 25th of December and it was his usual tradition to storm Ihiala, his hometown every Christmas for the double celebration (actually, it was a triple celebration: his birthday, Christmas and the New Year). His kinsmen and women in Ihiala eagerly awaited his annual homecoming which meant a lot of goodies for everyone. And so it was that fateful December of 1999. Ezego and everyone in his family were in high spirits and plans were fully made for the trip back home. Ezego was in the habit of storming the sleepy, rustic hometown of Ihiala, impressing his people with his legendary wealth and affluence. Thus, the 1999 edition was no different. The whole of Nigeria would know that Ezego was in town. Some of the most sought-after musicians in the world’s most populous black nation were billed to entertain the guests at the most exciting galore of the year. Afrobeat maestro, Femi Kuti and his Positive Force Band were billed to dazzle the guests and rock the community to its very foundation. Prev2 of 5Next 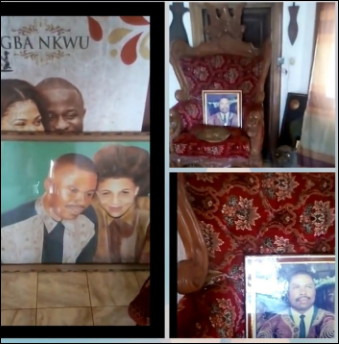 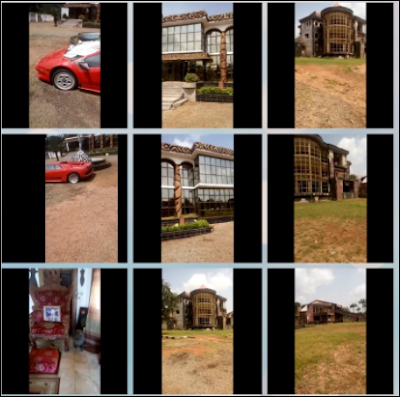 Posted by Team Chyson
Labels: news
Email ThisBlogThis!Share to TwitterShare to Facebook
at 14:25