Here’re The Children Of The Richest Black Billionaires In The World – You Won’t Believe The Number Of Children Dangote Has..
Billionaire children: Your parents are the first people you meet in your life. They become your guardians, your support, your greatest love, your teachers, your mentors, your judges, your executioners, your best friends and, moreover, they are your idols. However, when your parents are billionaires, all of a sudden, they expect too much from you. This life can be very intimidating. That’s why we decided to look at the lives of billionaires, but not those whose lives are often analyzed. We chose to check the lives of the richest black billionaires in the world. Although they grew up in an undeniable privilege, many children of billionaires had an impact in their own right. Here they are… 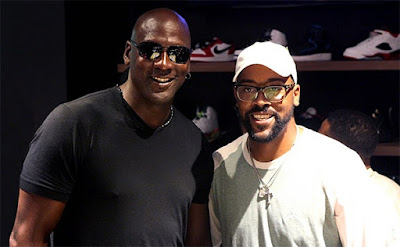 Photo credit: Loan Pride
Michael Jordan is perhaps the greatest basketball player of all time, but also one of the richest African-Americans on the planet with a net worth of $ 1.65 billion. In 2014, Jordan became the father of a twin boy and girl, his fourth and fifth children. His son, Marcus Jordan, played basketball at the University of Central Florida from 2009 to 2012 where he averaged 12.3 points per game.

Posted by Team Chyson
Labels: entertainment
Email ThisBlogThis!Share to TwitterShare to Facebook
at 05:03