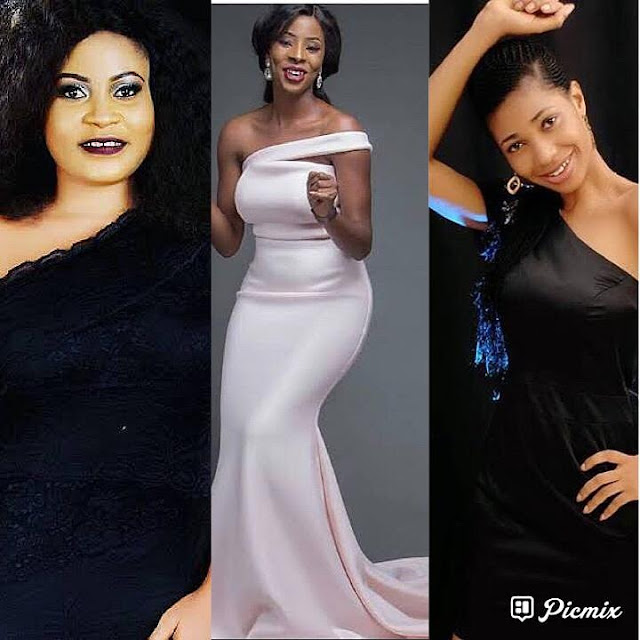 This year 2018 is going to end on a good note for 3 Yoruba actresses as message of congratulations keep coming as they deliver their babies within a month.

Joke Jigan welcomes a bouncing baby boy on the 9th of November, 2018. She revealed she was supposed to have her baby shower on Saturday but her joy came on Friday.
Aishat Lawal, the award winning also delivered a beautiful baby girl in US on the 29th of November, 2018. Her colleague broke the news on social media. The mother of the girl also shared a video on social media to prove the story true that she has just put to bed.

‘Saratu’ star, Queen Temitope Oluwa welcomes baby no 2 on 2nd of December, 2018. Her excited senior colleague was the first to share the news on social media before Queen Temitope share a photo of herself  and the bundle of joy and also photos of when she was still pregnant.

Posted by Team Chyson
Labels: gossip
Email ThisBlogThis!Share to TwitterShare to Facebook
at 10:12