Davido reveals his plan for Chioma amidst breakup rumours 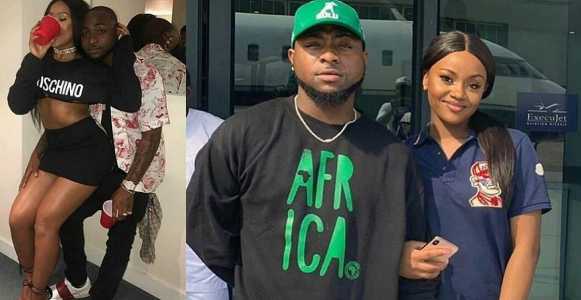 Popular Singer, Davido has revealed his plans for girlfriend, Chioma and according to the ‘Assurance’ crooner, he his eager to tie the nuptial knot with Chioma and spend the rest of his life with her.
This was revealed during a question and answer session with his fans on Twitter. A fan asked him what plans he had for Chioma, and he didn’t take long to reply. The fan asked;
What are your plans for the future?… Are you going to marry Chioma our sister?
Davido then replied;
That’s the plan

Chioma recently deleted her Instagram account without giving any reasons, though we all know she is a very private person.
Her verified Instagram account, with the handle, @thechefchi was deleted off the photo sharing App.
The recent act was seen by many as a sign all wasn’t well between the pair, though that can be put to rest following the singer’s revelation.

Posted by Team Chyson
Labels: gossip
Email ThisBlogThis!Share to TwitterShare to Facebook
at 05:46