The male fan who Davido gave one million naira earlier this year has purchased a Keke Napep to start a transport business.
Recall that on the 27th of December during Davido’s concert in Lagos, the singer promised the fan the huge sum of money for his efforts in protecting girls from being harassed at the event.
At some point, the male fan went viral after he took to Instagram to call out Davido who had instructed him to call his personal assistant, Lati, to redeem his cash but was unable to reach him.
The cash was later delivered to the fan and he has bought himself a brand new Keke Napep to start a transport business 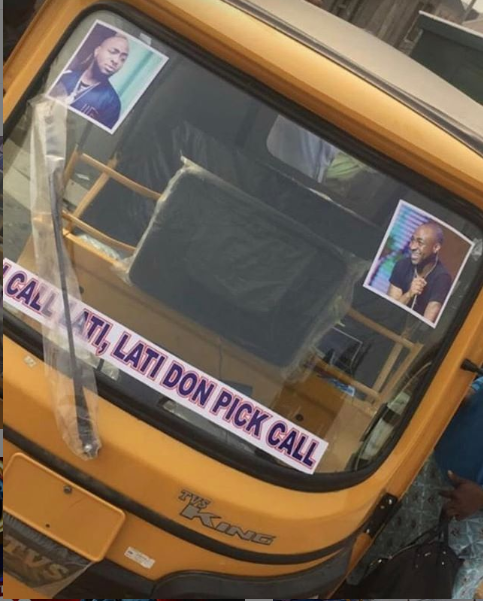 Impressed by the fan’s wise investment, Davido took to Instagram to congratulate him. The singer  shared a photo of the Keke the boy bought and wrote:
‘Wise investment! Gbe maruwa eh I think say him go spend d money finish! Smart dude.’

Posted by Team Chyson
Labels: news
Email ThisBlogThis!Share to TwitterShare to Facebook
at 03:59