My Father Is Not Dead - Mc Oluomo's Daughter 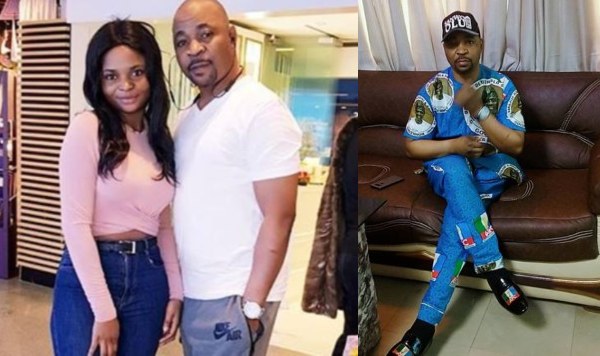 Mc Oluomo Daughter, Mistura, Ayokade Akinsanya, who is studying International Business Administration In Estonia dismiss rumors about her fathers death today on social media. She also blasted those asking how a knife can penetrate her father, Mc Oluomo.
See what she wrote on her social media below; 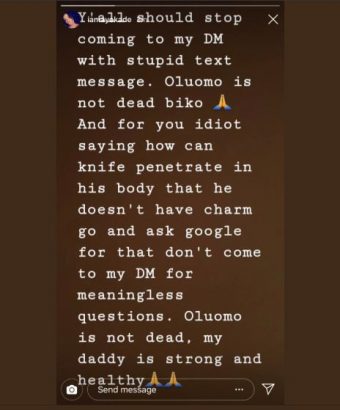 Remember that Mc Oluomo was stabbed with a poisonous knife at the Lagos APC Governorship rally as he was rushed to a hospital battling for his life.
Video footage from the venue showed young men making a dash across the sandy ground with machetes and knives; and photo journalists lying on the deck as police pranced on the scene to fire live bullets into the dusty sky.
“What I seek from all of you is the continuous growth and continuity of this state”, Governor Ambode yelled through the public address system, as violence broke out before him and other dignitaries. “You guys should wait”, Ambode added, but no one was going to obey him at this point. The knives, cudgels and guns were well and truly out to halt his speech.

Posted by Team Chyson
Labels: gossip
Email ThisBlogThis!Share to TwitterShare to Facebook
at 03:13