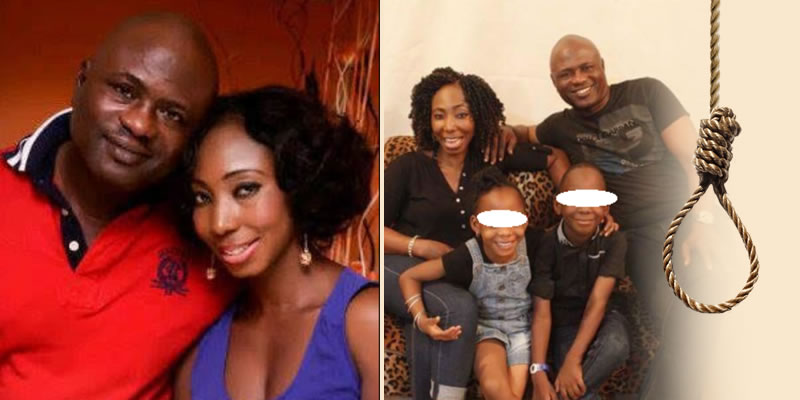 51-year-old Lekan, a depot worker in the Apapa area of Lagos State, was found guilty of the murder of his wife and he was today sentenced by the Lagos State High Court.
Mrs Ronke Shonde was found dead at her home in Egbeda on the morning of May 6, 2016.

The family nanny had arrived to prepare the children for school and found the house locked. Looking through the window, she found Ronke’s children crying because they couldn’t get their mummy to wake up.

When the nanny forced the door open, she found that Ronke’s body showed signs that she had suffered domestic violence. Her husband, Lekan, was nowhere in sight and his phones were switched off.
He had accused her of sleeping with one Kayode, the General Manager of a publishing company, before her death.
He committed the offence in May 2016.
The Lagos State High Court found him guilty of murder and sentenced him on Friday, March 8, 2019.
Delivering the judgement, Justice Josephine Oyefeso sentenced Lekan to death by hanging based on the conviction that the convict killed his wife, Ronke.

Posted by Team Chyson
Labels: gossip
Email ThisBlogThis!Share to TwitterShare to Facebook
at 02:01