Man arrested for having se'x with a mentally ill woman (Photos)

A 29-year-old man, Edwin Sakala has been arrested this morning after he was caught having se x with a mentally ill woman.
Eyewitnesses revealed that the man identified as Edwin Sakala used to drag the woman into his apartment every night to have sex with her and then bring her out early in the morning. 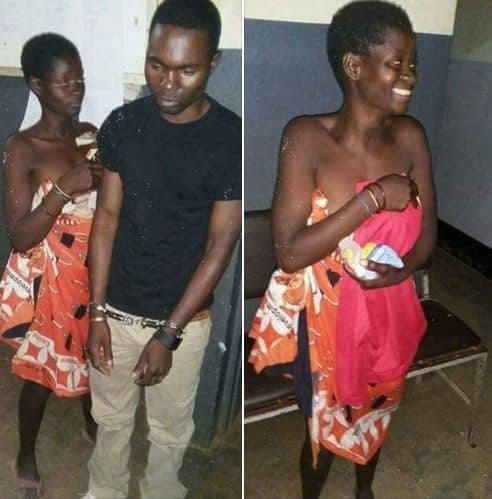 According to Zambia Accurate, the man met his Waterloo this morning after the neighborhood who had been suspecting him of se xually assaulting the mentally ill woman paid more attention to his movements, and then caught him in the act.

Posted by Team Chyson
Labels: gossip
Email ThisBlogThis!Share to TwitterShare to Facebook
at 07:36