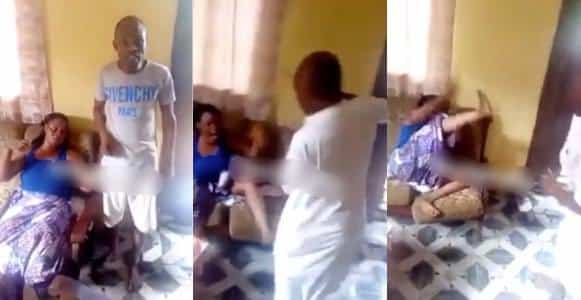 A video currently making rounds on social media, captures the moment a lady was being flogged by her brother over an alleged extramarital affair. According to one of her brothers, who spoke in Yoruba, the family doesn’t condone such act.
He hailed the husband, Hakeem, for his rare patience and decision not to be abusive, while adding that such has never happened before in their family.
The man further stated that to prove to Hakeem that they also frown at their sister’s act, the family decided to flog her.
In the course of the punishment, the lady could be heard saying such won’t happen again.
Watch the video below;
Video Player

Posted by Team Chyson
Labels: gossip
Email ThisBlogThis!Share to TwitterShare to Facebook
at 13:45