23-year-old Miss Oluchukwu Ezeobi was stabbed to death by unknown assailants during her usual morning walk around Emma Nnaemeka area within Ziks Avenue, Awka, the Anambra state capital in the early hours of Tuesday, February 12.
It was gathered that two boys accosted and ordered her to hand over her handset to them but she resisted. During their struggle over the handset Oluchukwu was stabbed severally, and was left to struggle in the pool of her blood; while the assailants dispossessed her of her handset and ran away. 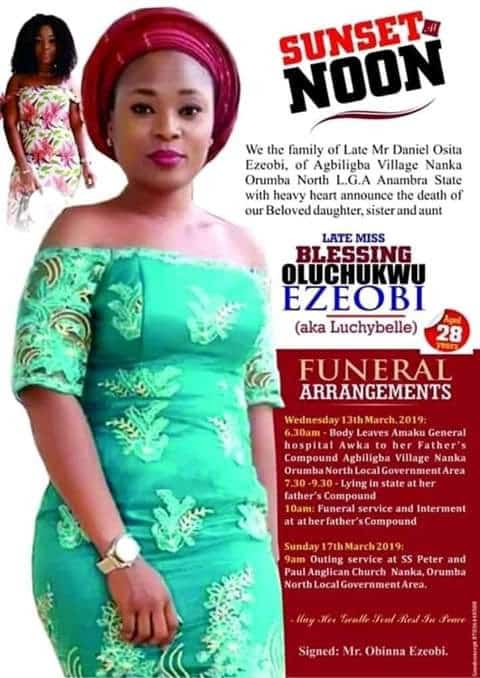 The Police Public Relations Officer, PPRO, of the state, SP Haruna Mohammed, said the Command are conducting a discreet investigation into the incident with a view to apprehend perpetrators and bring them to justice. 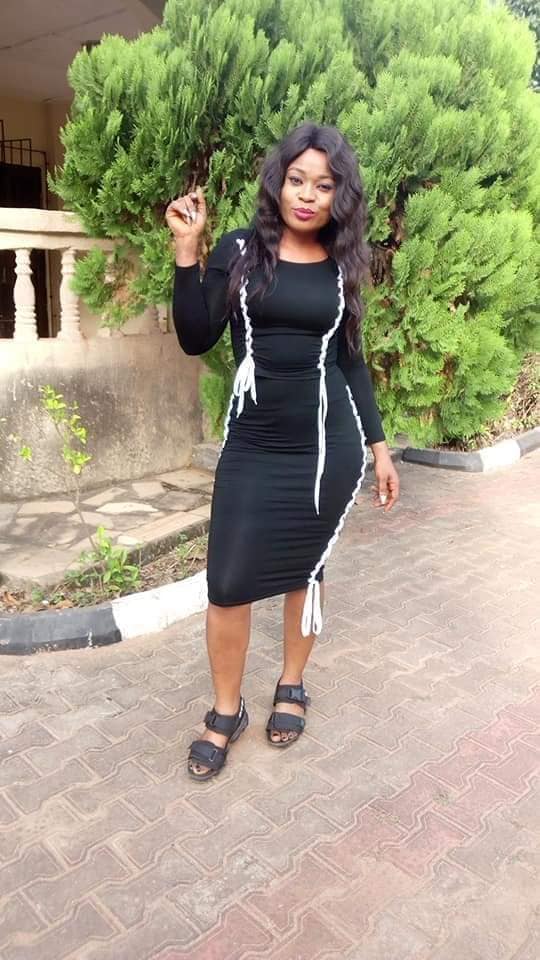 Late Miss Oluchukwu will be laid to rest in her hometown Nanka, Orumba North Local Government Area of Anambra State on March 13.

Posted by Team Chyson
Labels: gossip
Email ThisBlogThis!Share to TwitterShare to Facebook
at 07:33