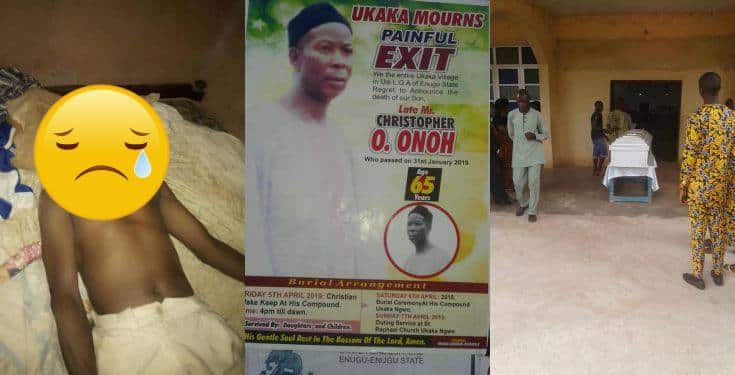 A Nigerian man has narrated how a young man identified as Chidiebere allegedly strangled his father, Christopher Onoh, because he refused to sell his land to send him overseas.The incident was said to have happened on January 31, 2019, in Ukaka Ngo, Enugu State, and the suspect, who is said to be a notorious cultist, has being on the run since.
Chidiebere allegedly connived with his friend, “Sir King”, to commit the murder, with the hope that once their father is dead, the land would be given to him, being the first child, and he would be able to sell it and relocate overseas.
It was gathered that the man was killed with a dog chain in his sitting room and then moved to his bedroom. Mr Christopher was laid to rest yesterday, April 6, 2019, while the police are still looking for Chidiebere. 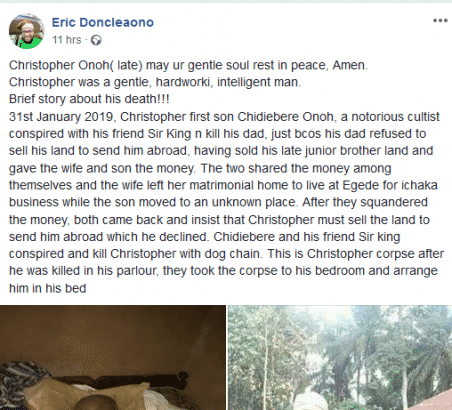 Posted by Team Chyson
Labels: gossip
Email ThisBlogThis!Share to TwitterShare to Facebook
at 01:12