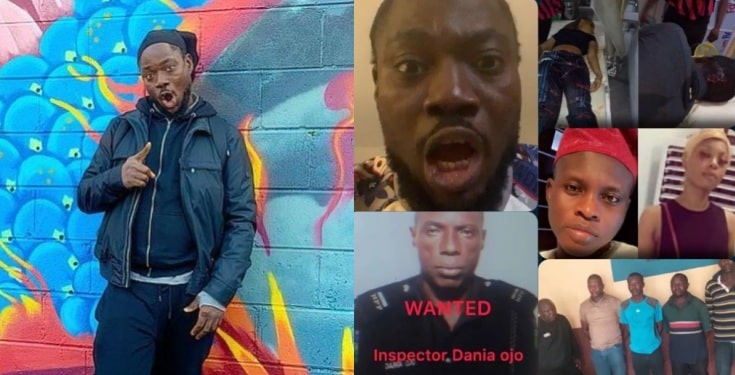 Veteran musician, Daddy showkey is not happy with the Nigerian police after photos surfaced online showing a woman killed by SARS officers while her boyfriend is fighting for his life. The musician who condemned police brutality taking place all over the country and the inability of the President to curb the act, cursed the officers involved in the murder
Recall that SARS officers yesterday opened fire on a man and his girlfriend while they were driving home after a party.
Showkey cursed the police officers and their children saying that ‘Ogun will kill them’.
He wrote: “Police men from Trinity police station Ajegunle shot a couple last night. The 20 year old girl died on the spot, while the young man is in hospital fighting for his life.
The Scenario was this according to the report we got, they were coming from club last night, police chased them, double crossed them and shot the guy while the lady in question was shot twice. The guy is still in the hospital recovering while the lady is dead. She was shot in the stomach and close to her private part.”

Posted by Team Chyson
Labels: gossip
Email ThisBlogThis!Share to TwitterShare to Facebook
at 08:54