Menu
Home » news » Newly married woman dies in a plane why returning from her honeymoon with husband.

Newly married woman dies in a plane why returning from her honeymoon with husband. 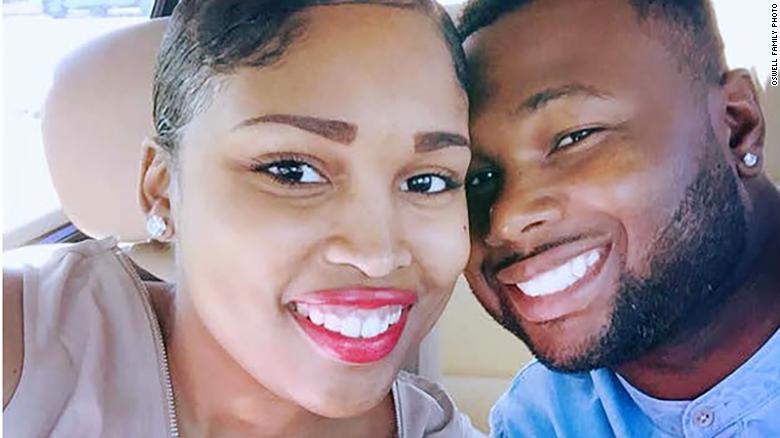 A young newlywed returning from her honeymoon died in the sky after an airline pilot repeatedly refused a doctor’s requests to land, court papers claim.
Brittany Oswell’s family say a doctor on board the flight from Honolulu, Hawaii, requested that the plane land three times after the 25 year-old suffered a pulmonary embolism, a potentially fatal blood clot blocking an artery between the heart and lungs.

But the American Airlines pilot reportedly refused to divert flight during the April 2016 medical emergency, it is claimed.
Oswell stopped breathing in the air, and was taken to Baylor Medical Center in Texas as soon as the jet landed. The aspiring nurse, who had just married husband Cory Oswell, died in hospital three days later.
Brittany’s family are now suing American Airlines, saying the flight should have been diverted, and that a faulty defibrillator on board further hindered her chances of survival.
Her mom Tina Starks, from Columbia in South Carolina, told the Honolulu Star Advertiser: ‘She needed that plane to land so she could get care from an actual hospital, not on the flight.’
Explaining the heartache caused by her daughter’s sudden death, Tina added:
‘You never get over this.
‘You know how to manage your pain and that’s a daily, hourly, minute-by-minute process.
‘You have to live in a reality that you don’t want to participate in.’
Brittany’s father Chris Starks also hit out at American Airlines for not responding to them beyond acknowledging their lawsuit after Brittany’s death.

They want flight attendants to receive minimal medical training and regular tests performed on on-board medical equipment to ensure it is working.
The Starks’ case was transferred from a court close to their South Carolina home to Fort Worth in Texas on March 27.
A judge explained that locating the case close to where Brittany died, and near American Airlines’ corporate headquarters would make it easier to facilitate witnesses.
A date for the hearing has not yet been set.
Culled from MetroUK

Posted by Team Chyson
Labels: news
Email ThisBlogThis!Share to TwitterShare to Facebook
at 05:21