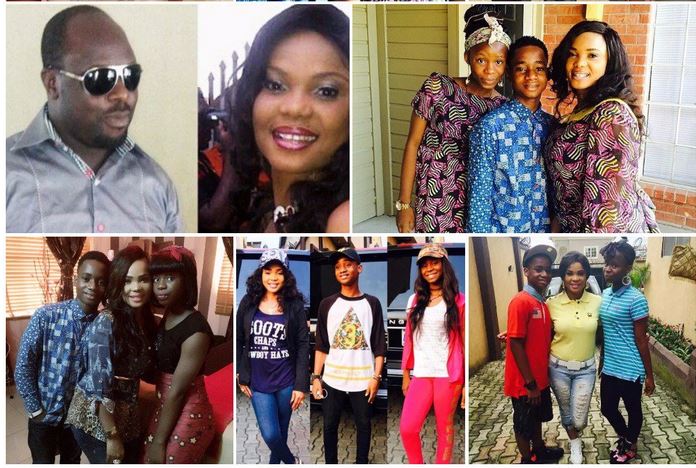 Many Nigerians know her from her numerous of popular Nigerian and especially Yoruba movies. She started her career in 1998 and has now starred in over 150 Nollywood movies. But right at the beginning of her career, Iyabo Ojo was about to give up. She got pregnant and got married to her husband. All this was not easy to handle for the 21-year-old raising star.
How did she manage to continue to pursue her dreams? What is her husband’s name and how many children does she have? Let’s find out about Iyabo Ojo husband and children and if she is happy now with her life.

Alice Iyabo Ojo was born on 21 December 1977 in Nigeria. She is a Nigerian film actress, director, and brilliant producer. Since she began her acting career, she has not only feature in more than 150 films but also produced over 14 movies of her own. She is famous and gorgeous. But often times, actresses who have this kind of brilliant acting career, do not get the chance to build their own personal life or find happiness in marriage. Want to know about the personal life of the most lovely actress in Nollywood? We have all the details!.
Early marriage story

Iyabo Ojo got married when she just turned 21. Her husband’s name is not mentioned anywhere, but it is said that he was a famous movie-marketer. In addition, there were some rumors going on about being the one who helped Iyabo Ojo become popular in Nollywood. However, Iyabo Ojo herself denies it and says that the only reason for the marriage between she and the man was Iyabo Ojo’s pregnancy.

We can see only Iyabo Ojo movie wedding photos, but where are the real ones? The star actress confesses: “My husband married me because I was pregnant for him; that was the main reason. Most men get married to ladies in the industry because of the celebrity aura around them, only to realize that there is a lot more to marriage than that.”
She gave a birth to her first child at the age of 21. Her little baby was a boy, named Festus. Two years later, she got pregnant with her second child and became a happy mom of a daughter, called Priscilla. Despite the fact that she was so blessed to have two beautiful kids and enjoyed motherhood, she did not feel happy about her marriage


New beginning: divorce? When talking about leaving her husband, Iyabo Ojo admits that it was not about her acting career. She says: “It was another thing entirely; it had nothing to do with my acting because I gave up acting immediately I found out I was pregnant. I just gave it all up because I wanted to have a home. I wasn’t known as an artist then. People would say: who is this girl? It wasn’t as if I had an established name or face. It was just the beginning of my career. The baby came and it was easy to give up everything because I was not deeply into acting then. I was just a beginner. Making up my mind to come back to acting was a result of the crash.“
Of course, it was quite a huge decision for the actress to leave her husband and raise the children by herself. She admitted that she was prayed to the Lord for all the guidance she needed at the time. Although it was not easy for Iyabo Ojo to take care of kids by herself, she kept on saying to herself that everything would be fine. It was not the children who asked to be brought to the world, so the actress completely realized her responsibility. She decided to become the best mom to them

Posted by Team Chyson
Labels: entertainment
Email ThisBlogThis!Share to TwitterShare to Facebook
at 09:49