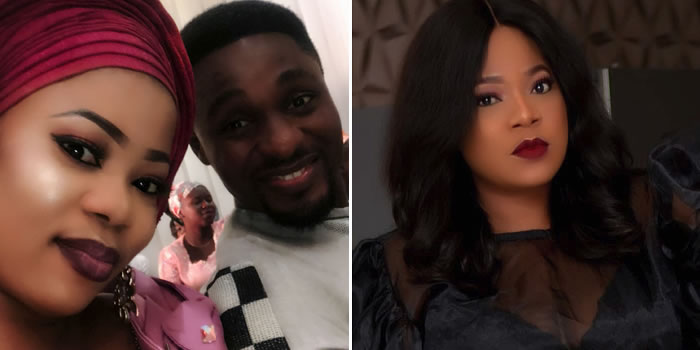 There id drama is currently brewing on social media concerning Nollywood actresses, Toyin Abraham and her archrival, Seyi Edun as the latter is getting serious backlash.
For those who don’t know, Seyi Edun is reportedly married to Toyin Abraham’s estranged husband. Reports had it that she was romantically linked with Adeniyi Johnson even while he was still married to Toyin Abraham and that she was the reason why their marriage crashed.


Shortly after, Seyi took to her Instagram page to share a photo of herself with her engagement ring showing, captioning it, “Grateful heart”

READ ALSO:  Actress Toyin Abraham’s Ex-husband, Adeniyi Johnson Reacts To Her Marriage And The Arrival Of Her Baby
Posted by Team Chyson
Labels: entertainment
Email ThisBlogThis!Share to TwitterShare to Facebook
at 13:53